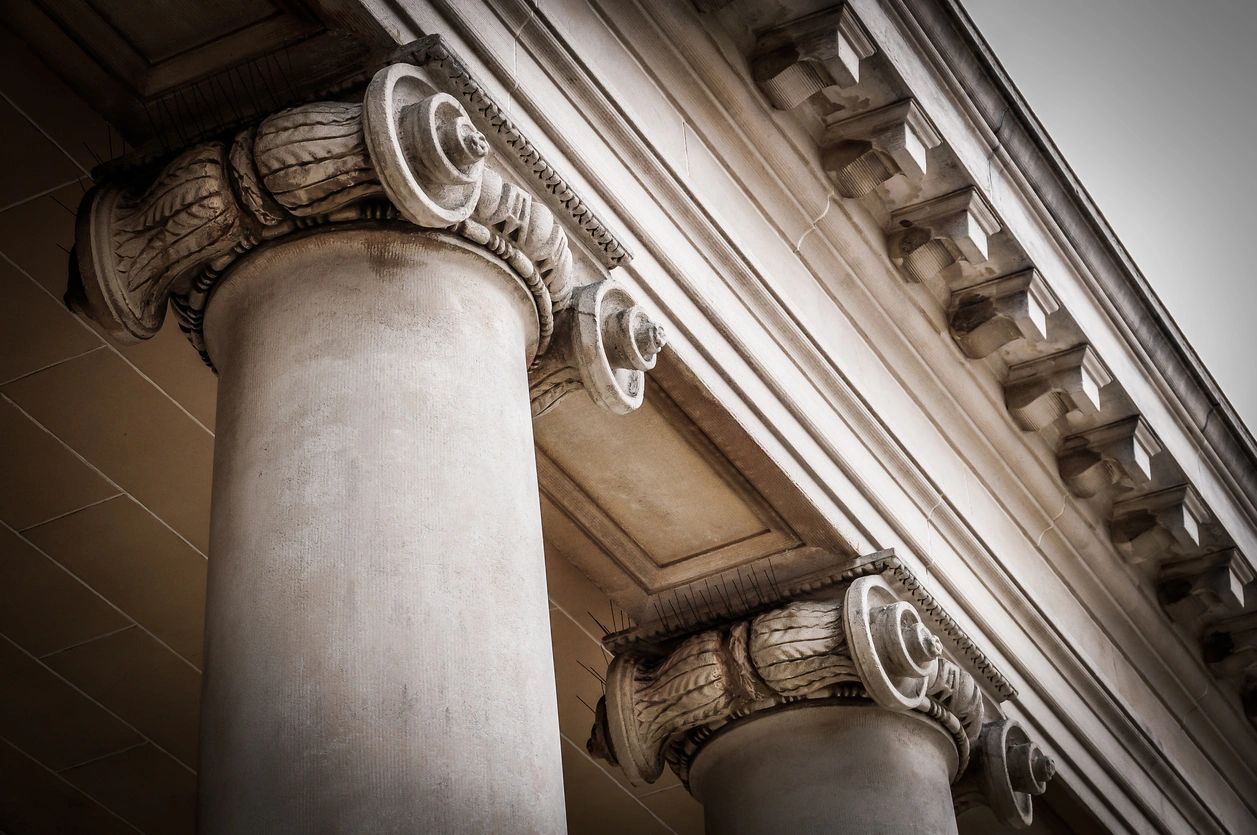 Kathy is a Retirement Plan Consultant and Wealth Manager Advisor at Omega Investment Management. Kathy brings twenty-eight years of investment experience with her to help organizations manage their corporate retirement plans and individuals reach their retirement goals. Her career began on Wall Street at the Investment Banking firm of Montgomery Securities as a research analyst. Kathy worked at several Investment Banking firms including Montgomery Securities, Piper Jaffray and Wedbush Securities. To broaden her experience Kathy moved to the asset management area of financial services and worked as both a Senior Research Analyst and Portfolio Manager for over nine years at RCM Capital Management. Drawn by her desire to work more closely with management teams of organizations and individuals she became an employer/government sponsored retirement plan consultant and Wealth Manager at Morgan Stanley followed by LPL Financial. Kathy has worked at Omega Investment Management as a retirement consultant and Wealth Management advisor since 2014.

Kathy values building long-term relationships with clients. Her goal is to partner with organizations and individuals to ensure their goals are met whether a private company, non-profit, government entity or induvial each has a unique needs and goals. She is driven to ensure they are successful in achieving their desired outcomes.

Kathy earned her undergraduate degree in Business Administration at the Walter Haas business school at Berkeley, California with Honors. She received her Chartered Financial Analyst designation, CFA® in 2001. The CFA® Program is a self-study curriculum and examination program for investment specialists – especially securities analysts, money managers, and investment advisors. Established in 1962, the CFA® Program sets the global standard for investment knowledge, standards, and ethics.

Kathy lives in Lafayette, CA with her husband and two daughters. Kathy enjoys working, gardening, hiking and spending time with her family and friends. 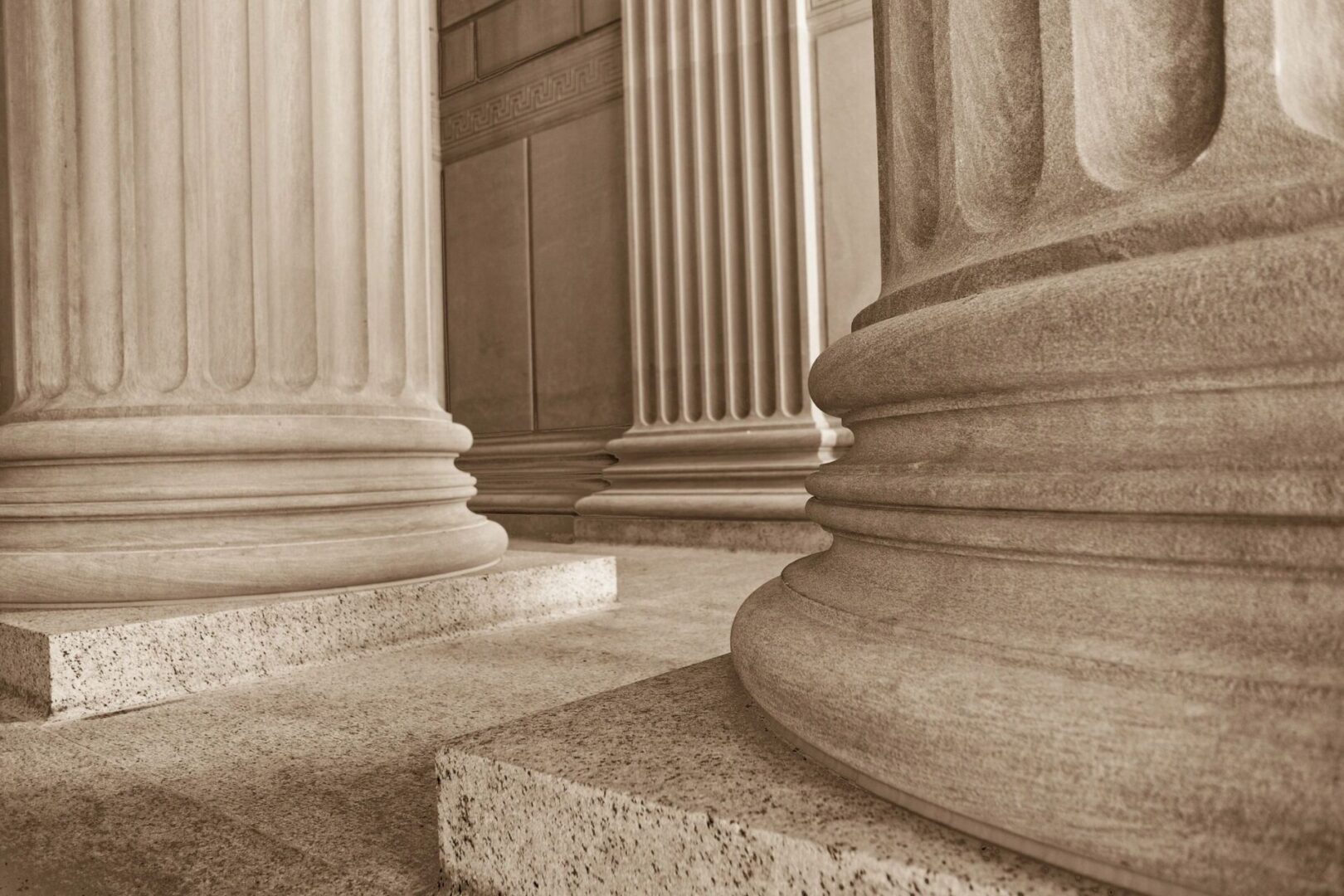 Cindy has been very successful in building and managing operations and administrative functions that provided a competitive edge for companies. Often promoted due to her ability to multitask and direct diverse teams to focus on a single goal. Her specialty is understanding client needs and, in her ability, to change corporate processes to deliver the highest level of customer satisfaction whether at the organizational or individual level.

Previous to accepting a position at Omega Investment Management she worked as a Global Operations Leader with an emphasis on service delivery for a $125M translation organization managing teams across the globe. She has been providing ‘White Glove Service’ to Omega clients since 2018 to ensure they are well taken care of and well informed. Her responsibilities include all facets of client interaction to ensure regulatory, accounting, tax and performance information is communicated to clients.

Cindy has a Bachelor of Science degree from California Coast University and an MBA from LaCrosse University.

While not working, Cindy spends time with her three grown sons and their families boating on the lake she lives on in Central Minnesota. Feel free to call Cindy for any needs you have; no question goes unanswered and she will assist in getting you what you need or to the right resource. 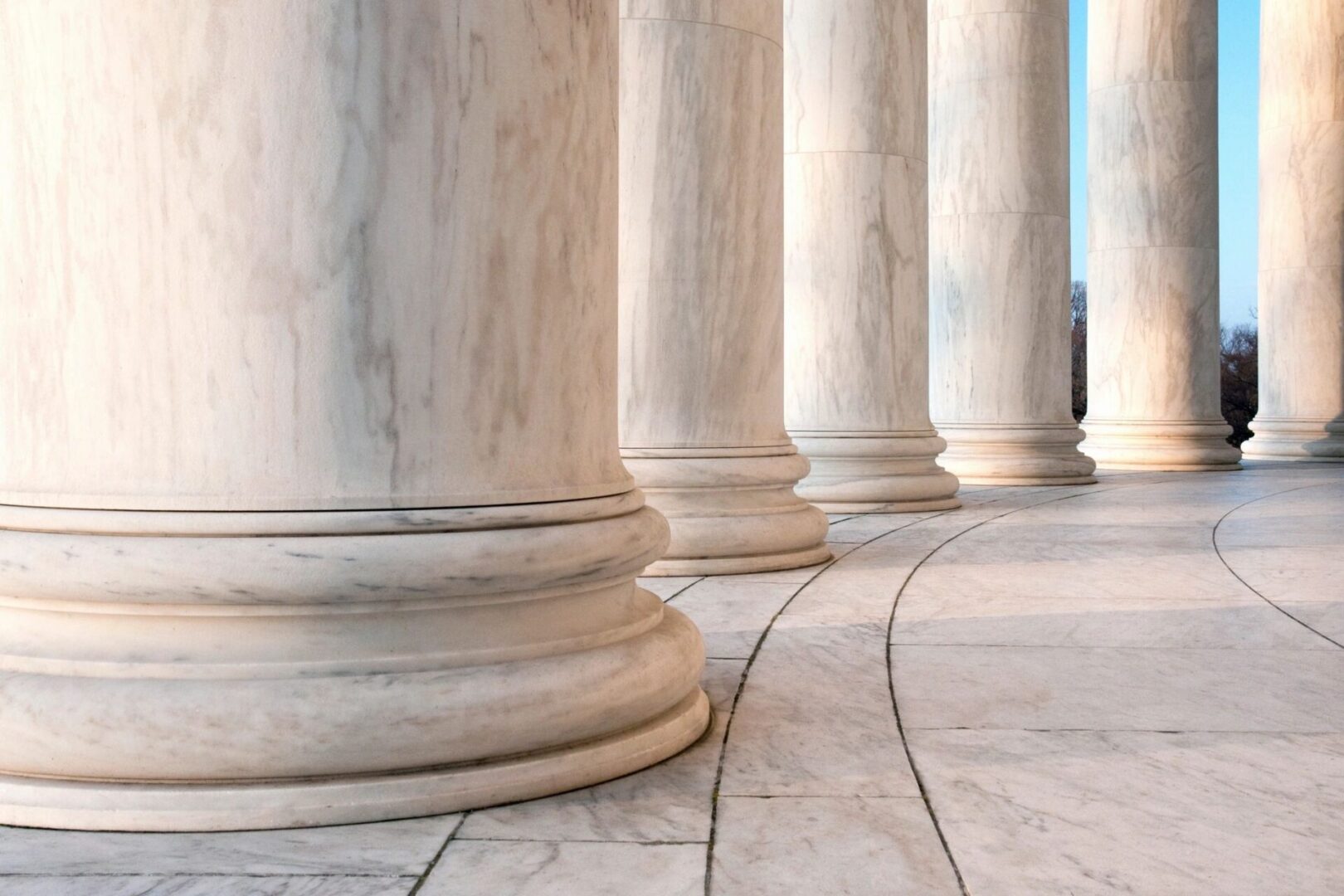 Alex has worked in a variety of fields to compound knowledge in the areas of real estate, biotechnology, law enforcement, global security and protection, finance, entrepreneurship and crisis management. Having worked in a variety of industries with a rich cross section of professionals has refined her analytical and interpersonal skills to enable her to work collaboratively, independently and discreetly with a diverse, workforce. She possesses a particular strength in digesting large amounts of data and distilling it to its basic elements. Alex also worked in China for a Portuguese/Chinese relocation company assisting them to strengthen their marketing skills. Her international work experience lends breadth and experience to her approach to problem solving and prioritizing tasks in order to meet demanding deadlines.

Alex has always had an extraordinarily strong work ethic and a desire to better herself in all aspects of life. Working her way through high school and college she graduated San Francisco State University with a Bachelor of Arts in Criminal justice Studies. She worked for a global protection and security agency as a Global Operations Analyst where she would distill large amounts of data and disseminate key pieces of information to teams on the ground that could implement change.

Alex is an active thinker and planner with inclinations toward leadership which she brings with her wherever she goes. By using the skills, she has learned through life and university, Alex is tasked with various technology and organizational projects for Omega Investment Management as well as marketing and prospective client communication. 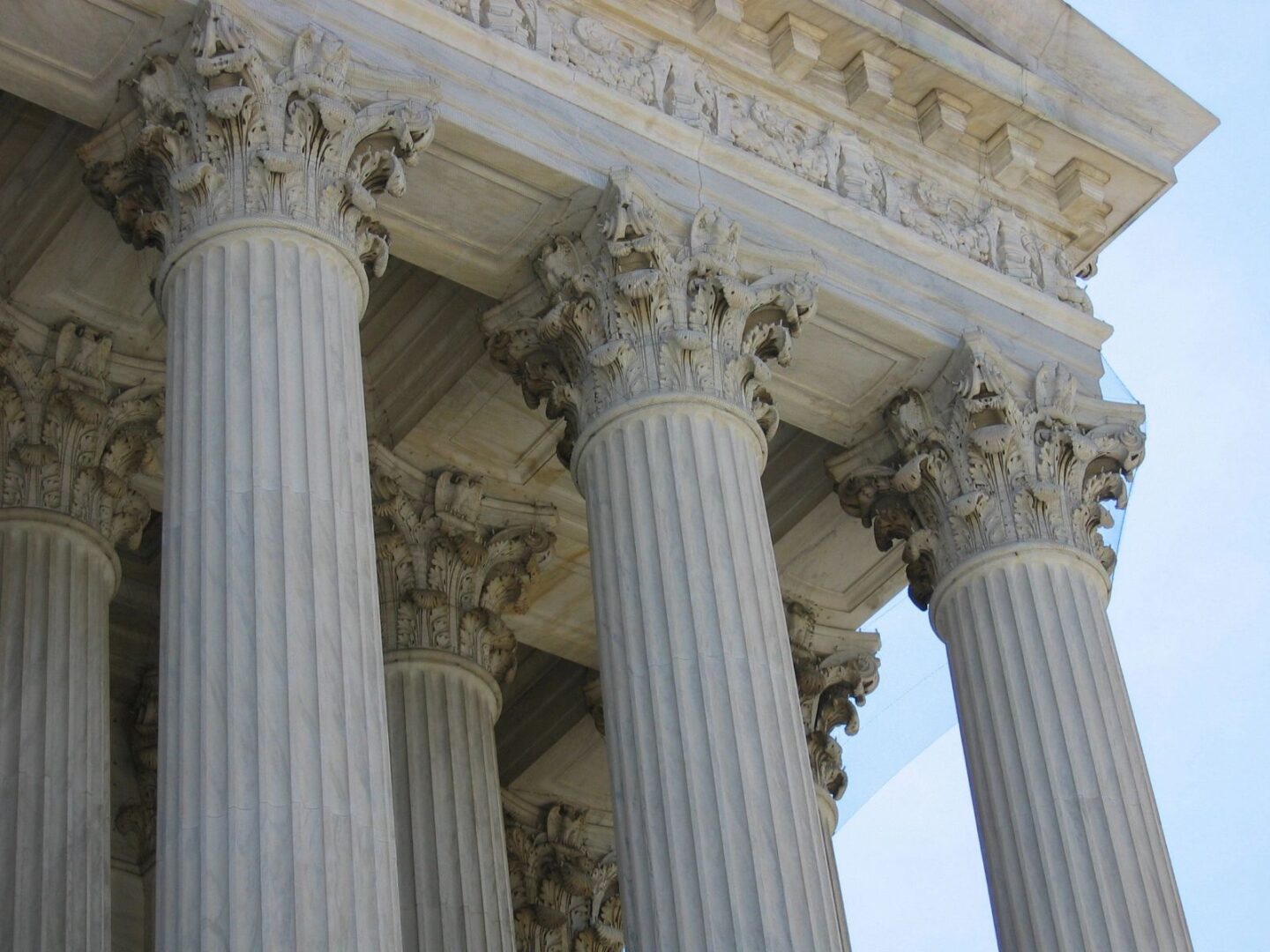 From a young age Christine has always been an avid traveler and pursued art as an outlet for inspiration gained when experiencing various cultures. Though her home has always been the California Bay Area, as a teenager she lived in Germany for five years and took every opportunity to travel the continent and expand her experiences. While travelling she discovered her own passion for effective communication by means of art, technology, and language. This led to her decision to return to her home state of California to further her education on the subject of communication and to continue travelling. Christine then graduated from California State University of Monterey Bay with a BS in Communication Design and by this time had taken the time to explore over twenty countries on five different continents.

Working through various retail and entry level jobs earlier in life, Christine has been able to effectively strengthen her customer service skills and understanding of the workplace and technology. During her university days, Christine worked diligently on her computer coding and user interface design skills resulting in the creation of various websites and other interactive media. Her creative mindset allows her to assess issues with a flexible point of view. Also, her experience with adapting to a wide range of cultures and individuals has made her much more adaptable in her professional life as well. By using the skills she has learned through life and university, Christine is tasked with various technology and organizational projects for Omega Investment Management as well as marketing and prospective client communication. She still enjoys art, exploring, quality time with friends and family, as well as cooking and eating different cuisines.

Lillian has over twenty-five years of experience in accounting and finance. This training has contributed to her detailed research and analysis in the world of employer/government sponsored retirement plans. Her experience and close relationships with recordkeepers and Third-Party Administrators honed her skills in understanding and communicating regulatory changes.

She works closely with asset managers to research, interpret and communicate upcoming investment changes, documenting these changes and our recommendations through quarterly meeting minutes to companies for their retirement plans.

Lillian is married with two children and has lived in the Bay Area all her life. She enjoys planning social events, cooking, sharing new recipes and spending time with family and friends.

Matthew is a Retirement Plan Consultant and Wealth Management Advisor at Omega Investment Management. Matthew brings more than 25 years of investment experience with him to help organizations effectively manage their corporate retirement plans and individuals achieve their retirement goals. His career began in the financial services industry as a portfolio administrator with State Street Bank in Boston. Matthew worked at several Investment Banking firms including Hambrecht & Quist, Cowen & Company and J.P. Morgan where his area of focus was on the management of employee stock option and employee stock purchase plan programs, corporate stock repurchase programs, Rule 10b5-1 plans and restricted stock/concentrated stock management. As a means of broadening his experience and knowledge, Matthew moved to the private banking area of the industry and worked as a Private Banker and Wealth Strategist focused on the complex needs of ultra-high net worth investors, foundations, endowments and corporate pension/retirement plans at HSBC Private Bank and Northern Trust. Most recently, Matthew was a part of a start-up fintech organization that democratized institutionally-focused ESG investment principles and provided high level consulting and education to defined contribution and defined benefit plans.

Matthew values developing and managing long-term relationships with his clients, be they corporations or individuals. His professional objective is to partner with organizations and individuals to ensure their financial goals and objectives are fully understood and met, whether they’re a private company, a non-profit organization, a government entity or an individual investor. As each has a distinctive set of desired outcomes, Matthew is driven to thoroughly understand the unique needs of each of his clientele and to provide unbiased, objective and comprehensive financial advice to each in order to attain those goals.

Matthew earned his undergraduate degree in Economics from the University of New Hampshire at the Whittemore School of Business and Economics with honors. Matthew lives in San Anselmo, CA with his wife and two children and, in his free time enjoys the occasional round of golf, the company of a good book, sampling the various restaurants in Marin County and spending as much time with his family as possible. 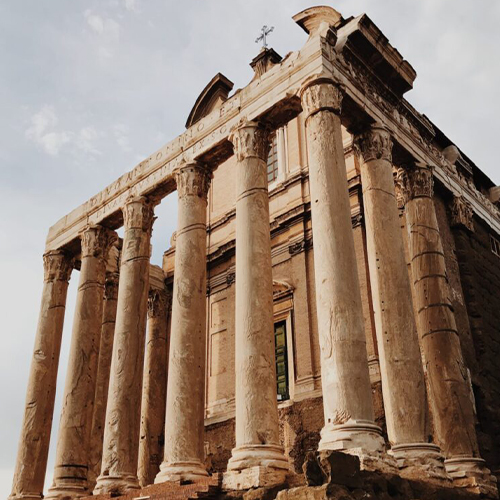 Prior to joining Omega Investment Management, Matt oversaw
retirement plan sales for the state of Michigan with his last firm of 18+ years. He was instrumental in establishing new markets for the firm in regions around the state and was as was the first team member hired to work remotely. Matt served in multiple roles after being promoted to Vice President as a Trust Relationship Officer and Business Development Officer for both the Personal Trust and Retirement Plan divisions. In 2012 he was asked to focus full time on growing the company’s retirement plan business. Matt routinely surpassed annual sales goals as the company had experienced a compound aggregate growth rate of 20% every year, since he joined the firm. In addition, he was appointed to lead the team that would develop the most important company standard of all, Client Service Standards, which remain in effect roughly 15 years later. As a further commitment to his clients, prospective clients, and the retirement plan industry, Matt earned his QPFC (Qualified Plan Financial Consultant) designation from the National Association of Plan Advisors in 2015. Matt earned his Bachelor ‘s Degree in Accounting from Central Michigan University. While he hails from Michigan, Matt has worked and lived in Dallas, Texas during his career, and is now proud to now call California home. In his free time, he enjoys spending it with friends and family, hiking. a good book in a hammock on Sunday afternoons, beach time, steel target competitions, playing acoustic guitar, visiting and supporting local art museums, collecting pop art, traveling and is die hard Pittsburgh Steelers fan. Matt has two young adult children, Vaughn and Ila, who currently attend Central Michigan University and Arizona State University, respectively, whom he enjoys spending time with the most.